Robert is a highly respected painter having had many, successful solo exhibitions in London, Harrogate, Newcastle, Scotland and Chicago, he has a solid following and is in demand for exhibitions North and South of the border.   It’s not difficult to see why,  his paintings capture the beauty of the white sandy beaches and the turquoise water of his beloved Western Isles and in particular the Island of Barra, where his father was born.   These beautiful islands, made famous by the Scottish Colourists, will always be his chief inspiration and he returns there again and again.   Born in Glasgow in 1949, Robert studied at Glasgow School of Art in the late 1960’s.   He was taught by three of the biggest names in Scottish painting, David Donaldson, Alexander Goudie and James Robertson.  Following graduation he embarked on a career in art education finally retiring in 1995 to become a full-time painter and he never looked back.

A career in Art Education followed, until 1995 when he decided to paint full time.

Kelsey has exhibited in many of the annual exhibitions such as RGI. ,RSA.and PAI.

In 1998 he was awarded a Diploma from the Paisley Art Institute.

In 2010 he was awarded an Honorary Degree of Master of the University of the West of Scotland, MUniv .

His Grace the Duke of Bedford,

"Robert Kelsey - The Artist "   with a foreword by Libby Purves

SCOTTISH PAINTERS 1600 TO THE PRESENT

WHO'S WHO IN ART 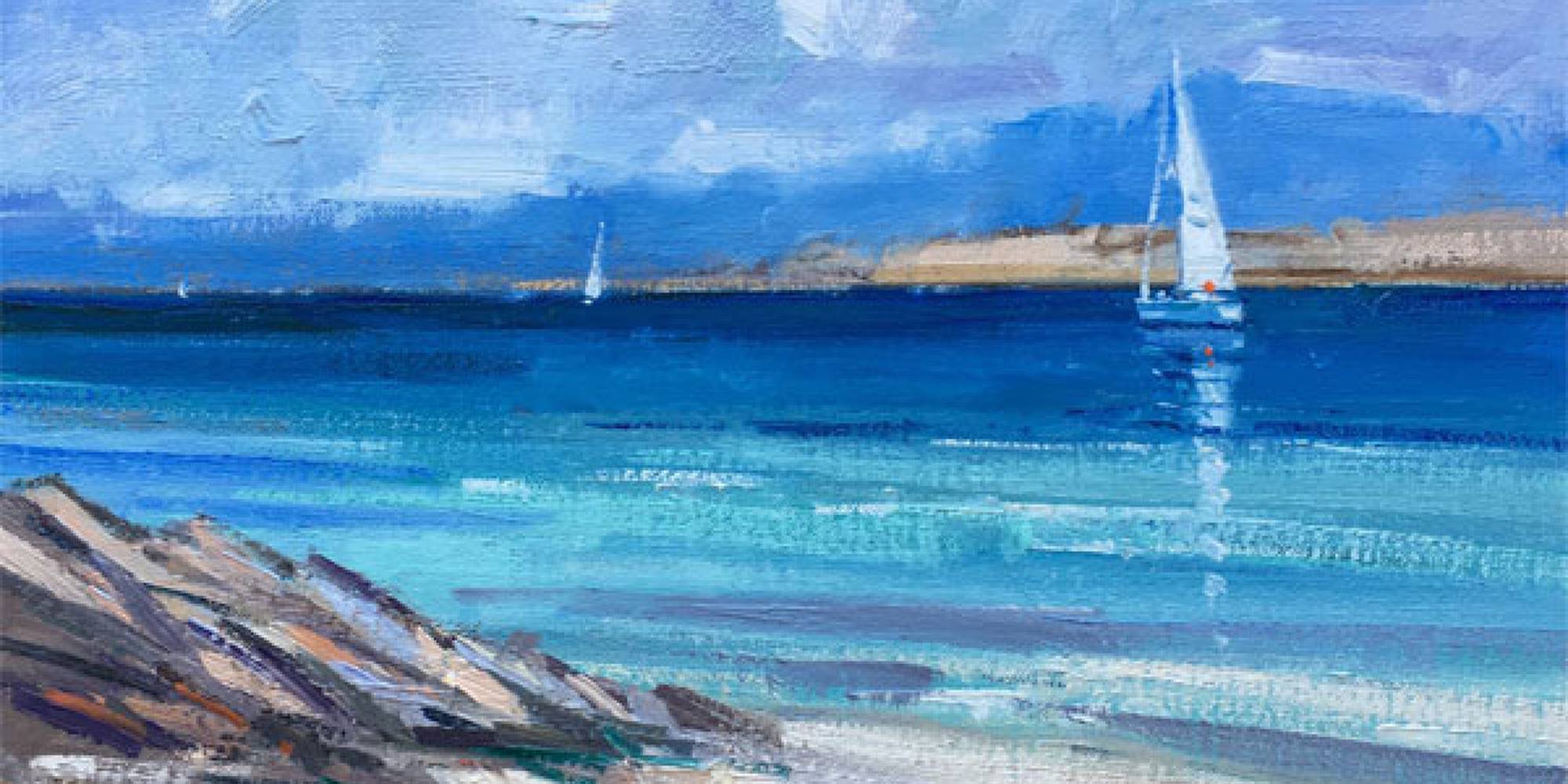