These three artworks are part of what Pam plans to be an extensive series exploring Scottish whiskies and distilleries. She is approaching these from the viewpoint of the characteristics and atmosphere of each whisky / distillery, rather than a more straightforward depiction of distillery buildings. She is discovering that there is a wealth of material and much to be explored. For instance, Blyth Spirit is based on the story where Bruichladdich distillery was approached by the US Defense Threat Reduction Agency who were concerned that their processes could be tweaked to produce weapons of mass destruction. Bruichladdich produced a bottling called WMD - Whisky of Mass Distinction. The story grew further when a Yellow Submarine was lost by the Royal Navy, ended up at Bruichladdich and led to a second bottling called Yellow Submarine. She has titled the artwork Blyth Spirit as this is the name of the minesweeper who lost the sub in the first place and I felt it was very apt. Pam believes the vessel was often seen around her shores (from her window), but is sadly now being decommissioned.

Pam is based on the Clyde shore on the West coast.  Her background in illustration for children’s magazines, has developed into her current exploration of paper as a fine art medium.

While the paper has limitations, the possibilities within this are endless. I now see people and situations in terms of sculpted paper and aim to surprise the viewer with this different perspective on everyday events. The paper sculptures involve cutting, curling, bending, burning and generally manipulating the paper to create highly textured, 3 dimensional effects. I am interested in subjects that allow the inclusion of some extended meaning beyond the pictorial and try to draw the viewer in to my world made of paper. 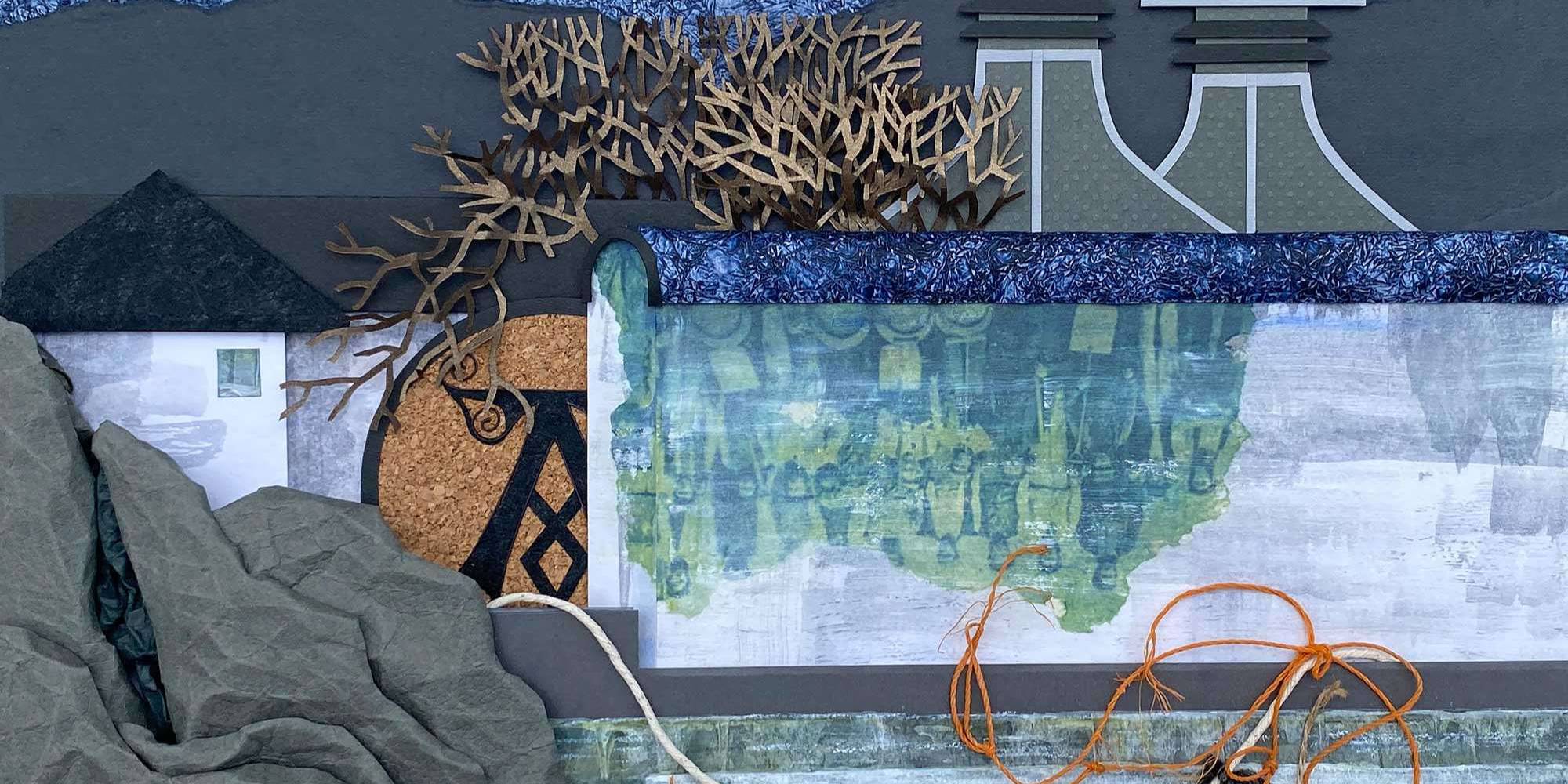