Angela Hunter is a figurative artist, sculpting both human figure and animal studies.  Since graduating from Edinburgh College of Art in 1999 she has been in demand for public commissions.   She completed a large commission for the Turnbull Clan Association in 2009, making a monument to commemorate the event whereby the first 'Turnbull' William de Rule saved King Robert The Bruce from being gored by a wounded bull.   In 2011 she was commissioned by East Lothian Council to make a series of animal sculptures for a wildlife trail round the new Lochend Campus of  Dunbar Upper Primary School.   Also in 2011 Angela won the commission from Riverside Inverclyde to create a sculpture which captured the heyday of Gourock as a holiday destination and embarkation point for the Clyde Steamers. For this she created the "Girl on a Suitcase"  which depicts a young girl, full of anticipation in readiness to depart on an adventure down the Clyde, "Doon the Watter" sitting on the suitcase with bucket and spade in hand.

Angela Hunter was born in Galashiels in 1951 and has lived in Innerleithen for the last 40 years.She attended Edinburgh College of Art as a mature student and graduated in 1999 with a degree in sculpture. Her passion lies in modelling both animal and human form; and inspiration stems from observation of the natural world around us.  Modelling in various materials, clay, plaster or wax she captures the attitude of an animal or a moment frozen in time, sometimes with humour but without sentimentality. Her work is then cast either in bronze or resin bronze.

Angela exhibits regularly in commercial galleries North and South of the Border and also contributes to the annual exhibitions in Scotland; Visual Arts Scotland, Royal Glasgow Institute and Paisley Art Institute.  Since her first commission of ‘Penguins’ for the Dundee City Council in 2005 she has been in demand: 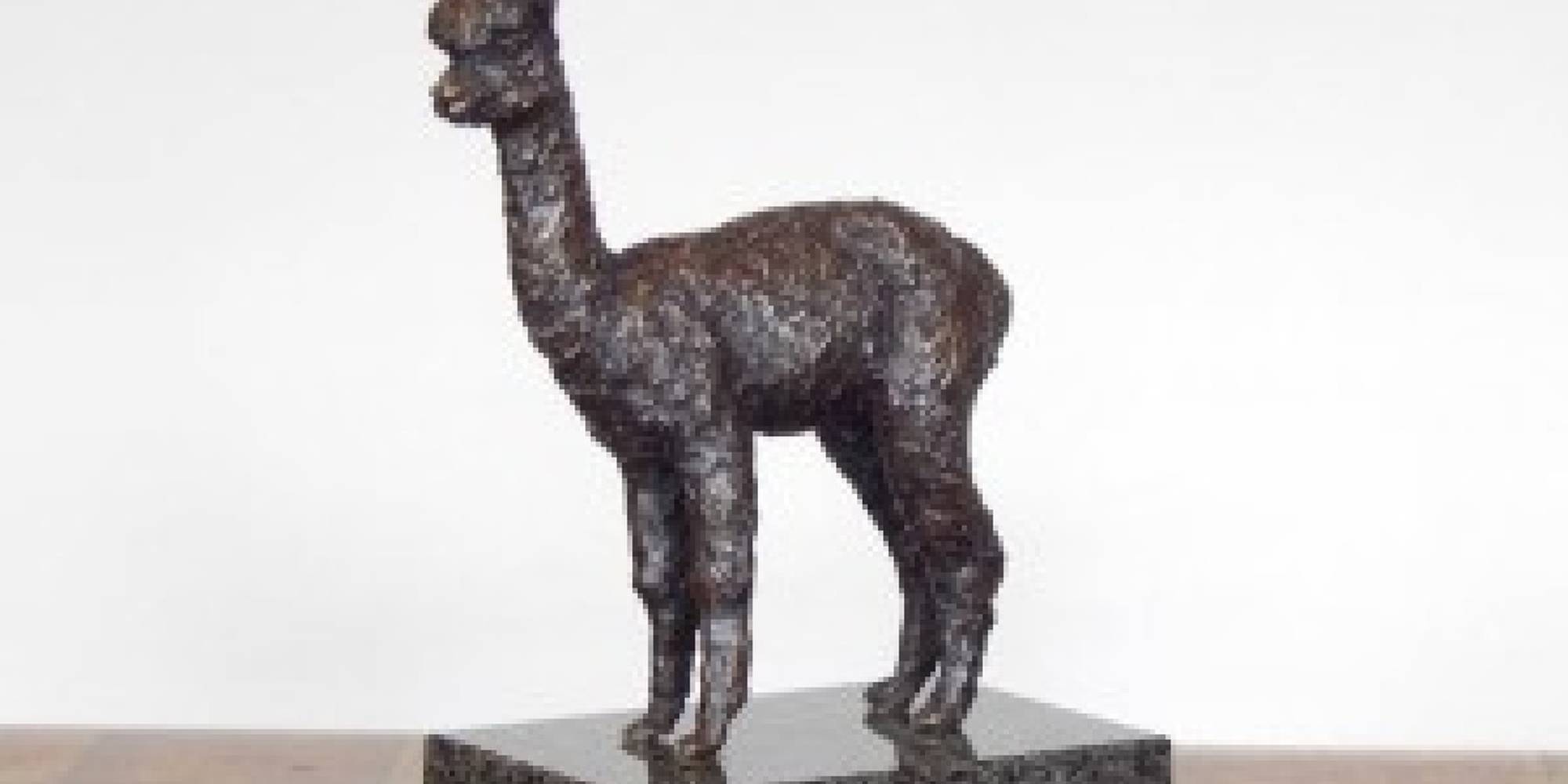